How To Assemble Omega Juicer- A Complete Guideline 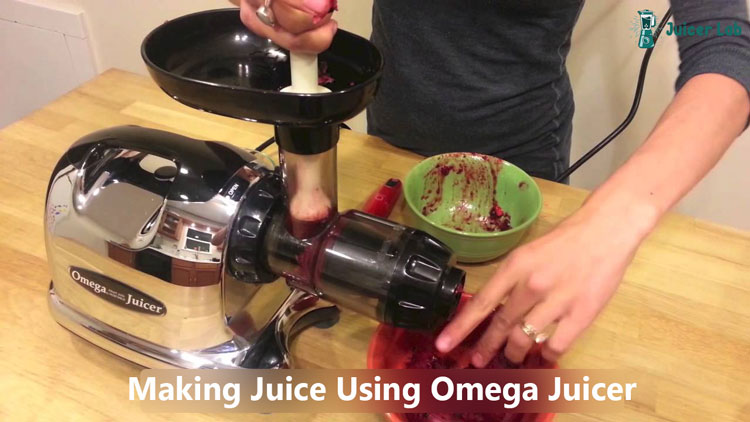 Omega juicer is easy to use and reliable to the juice lovers. After purchasing the new Omega juicer, assembling its parts is required to start juicing. Unfortunately, a large number of people can’t understand the assembling process even after going through the manual book. Therefore, here is a complete guideline on how to assemble Omega juicer perfectly.

To assemble your Omega juicer, you don’t need to use any additional tool. First, you need to be introduced with the parts and their exact position. Then, simply put one by one part accordingly and complete the assembling process. The assembly starts with the motor base and ends with the juice cover.

However, the significance of knowing the assembly process of Omega juicer can’t be denied. A wrong attempt during the time of assembling can damage any part of your Omega juicer. So, let’s dive into the main discussion without delay.

How should you assemble Omega juicer like a pro

This section reveals everything about how to assemble Omega juicer precisely. There are different types of Omega juicers and their assembling process isn’t similar. Just follow the steps depicted here and get your juicer ready.

Here is the elaborated process to assemble Omega vertical juicer.

The top of the screen should be placed below the grooves. Attach the strainer to the self-cleaning brush appropriately.

Step:2- Inserting the screen inside the bowl

It’s time to put the assembled screen inside the juicer bowl. Move it from towards the right side until it clicks in its place. You can see a red dot on the bowl and strainer. The two red dots should be linked perfectly. If they’re not properly connected, this step has something faulty.

The circular wavy part, known as auger, should be assembled now. Place the auger inside the screen carefully. The wings of augers should be aligned with the grooves on the spinning brush.

It’s time to place the hopper inside the Omega juicer bowl. When the hopper gets locked, you’re done with it. Before that, keep moving the hopper in the clockwise direction. There is an arrow sign on the hopper which should match with the red dot.

From here, you’ll know about how to assemble an Omega horizontal juicer.

Step:1- Joining the hopper to the drum

You need to put the drum cap on the Omega juicer strainer now. Then, connect the adjustable pressure cap with the drum cap. The connection should be rechecked unless you want to ruin the whole operation.

Placing a juice container in the right place allows you to collect the full juice. It’s not directly related to the assembly but should be the concern of the assembler. Besides, the pulp container must remain at the exact place to receive pulp from the juicer. After performing every step correctly, turn on the juicer and let it prepare the juice.

Turn the locking clips clockwise to unlock the juicer. After that, you can connect the drum with housing easily. Also, place a funnel onto the guide.

The auger always stays inside the drum. Before inserting the juicing screen inside the drum, ensure that the auger is placed properly. Keep moving the screen counterclockwise so that it can click firmly. Your mincing function step is over after positioning the auger.

The juice bowl and waste bowl both go under the drum set. After putting everything precisely, put the juicer cover on its place. Now, put the power cord inside a power outlet. Turn on the juicer and check if the assembly is working nicely.

Before assembling any type of juicer, all kinds of safety manners should be ensured. You should obey all the safety concerns mentioned here to the letter.

Have some questions on how to assemble Omega juicer? Here you know about some selected questions from the internet.

How do I assemble my juicer?

How do I assemble my Omega vertical juicer?

Start by assembling the screen correctly so that the chamber set closes appropriately. Then, place the auger inside the screen and place the hopper onto the juice bowl. The last move is to mount the assembled juice bowl chamber. It should be placed on the motor base by applying some force.

You can also check how to use Omega Juicer.

Now, you have a clear conception on how to assemble Omega juicer. It’s not something like rocket science. If you can identify the parts precisely, assembling your Omega juicer is just a matter of time. You should take the help of the manual book to understand any part if you miss it.

While you’re assembling the juicer screen, you need to put it in the right place noticing the spinning brush. The assembled silicon brush and the screen should be kept in the bowl carefully. You should also stay alert when dealing with the juicer base, as well as blade.

When setting up the vital parts like the pulp container, ensure that it’s attached properly. Otherwise, your juicing session may be full of trouble. The assembly should be rechecked every time before juicing. However, don’t forget to deal with the power outlet consciously to avoid any electrical accident.